Showing posts from July, 2016
Show all

The news lately is full of reports of racial violence, terrorist attacks and political turmoil all over the world. As footage of snipers shooting police officers played, with furrowed brow, our granddaughter Tippy asked us, "Do you think that now they'll look at changing the gun laws?" A rhetorical question. I explained what I believe--that there is more going on than laws that need to be changed. Something is seriously broken in humanity, and there are spiritual forces at work all over our world. An apostle named Paul wrote about it in a letter to the people in a church in Ephesus, 2000 years ago ( Ephesians 6:12.) These forces can't be battled with guns or argument, but with prayers behind which is God's power to demolish strongholds. ( 2 Corinthians 10.4) Coincidentally, yesterday, Tippy, another young friend, and I, watched, The Twin Towers --the second in a movie series based on the trilogy, Lord of the Rings , by J.R.R. Tolkien. When the wise wizard
2 comments
Read more

On Holding Back Less 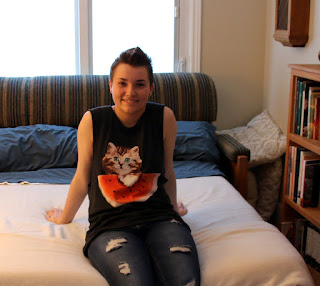 I blurted it out, shocking myself more, I think, than the person I said it to.   I n all their unadorned honesty the words were out, like marbles  rolling   across the floor--I had asked my friend why she couldn't, "Just be grateful."  The evening was wrapping itself around us like a cloak as we drove back to my home, where her car was parked. She  has had a lot to deal with over a prolonged period of time but  I knew that her sense of  hopelessness was compounded by seeing things at the moment through a lens darkened by weariness. The words had popped out--starkly. I tried to explain what I really meant.  "What you focus on, grows," I said, "gratitude is a powerful focus." I thought of a book that I thought would be helpful, its focus on thankfulness in spite of circumstances-- One Thousand Gifts , by  Ann Voskamp . Before she drove off into the dark night, I promised to get a copy to her. But still I felt dismayed at what I'd said and that I wa
5 comments
Read more

July 02, 2016
So grateful for the intimacy of relationship with God--his Spirit speaking to mine on a level that is softer than a whisper, but as sure as a shout...sweet communion. As I quiet myself--embracing silence, God speaks. As I still myself--creating space, God enters with his presence. Acts 17:27b   says that God is not far from any one of us. Revelation 3:20  speaks of God standing at the door and knocking, with a promise that where he is welcomed as a guest, he will come in. Daily I face a battleground populated by forces opposing quiet and stillness. My own undisciplined impulses and natural bents populate the field. My waking thought is to reach for the electronic device under my pillow to check the time. My next reflexive action is to check in with the world of social media. Before I know it, I can have frittered away my first waking half hour or more. Time gone forever from a finite day. .  Late already, I battle procrastination--"I will start this task first--and
2 comments
Read more
More posts