Showing posts from November, 2014
Show all

Happy to be "Here"

November 30, 2014
Exactly one week ago today Paul and I heaved a joint sigh of relief and relaxed as we have not been able to for four months--the four months that our house has been on the market. It was July 23, in the hot and verdant Ontario summer, when the "For Sale" sign went up on the front lawn of our beloved house. I wrote about the emotional turmoil of that,  here. A big part of what prompted our decision to sell was that maintaining the acre our house sits on was getting hard for Paul. He was living with chronic joint pain, and as we anticipated our retirement next year, it felt like time to downsize. But we prayed throughout the process for God to guide--and we are still here. In the four months of having a lock box on our front door; a sign in our foyer saying, "please remove your shoes;" and visiting real estate agents' cards on our hall table; I learned a lot that I am grateful for. I wrote with a groan in July about "the ruthless tidiness of it all.&quo
12 comments
Read more

There are times imprinted in memory because of the seasons in our lives in which they occurred, although memory can also be a fragile faculty. At the monthly meeting of the writers group that meets in our home, November's topic was Memories/Remembrance. Everyone came at the topic uniquely. We met on November 11, Remembrance Day, and one person, instead of writing, brought memorabilia of generations of her family at war and spoke of her hopes and fears now that a son-in-law has enlisted. We passed around her fascinating items and photos.  I shared the story of my father's two months overseas during the war, right at the end, and I brought out one of my own treasures, a rifle oiler from World War 1, a gift from my nephew John in 2011. You can link to my post about the rifle oiler, with photos of it,  here. Magda shared a story about her family's history, starting in Holland during World War 11 and then continuing into their first decade or so in Ontario after emigrating
6 comments
Read more

A Prayer for Peace

It was the evening after Remembrance Day and Paul and I had a quiet evening in. He said, "I've got an episode of Inspector George Gently saved on the P.V.R. do you want to watch it?" And I said, "Yes." The episode was called  Gently with Honour, and was about top secret psychological warfare experiments on a British military base during the Cold War, with a concurrent back story about a conspiracy of silence during an earlier war. Ex military himself, Inspector Gently, attended the funeral of a soldier from his old regiment. At the pub after the funeral, where the emphasis was on the brotherhood of the men in attendance, it was apparent that Gently was struggling with something that had happened involving the soldier whose funeral it was. He was chided by his ex superior officer for bringing up events that were past.  Throughout the episode, which involves a cover up of things gone too far in the more recent past, Gently struggles with his complicity in witn
Post a Comment
Read more

This is just one man's war, but he was our father, and I share this in his memory and in honour of all of the ordinary men and women who served and returned from the war forever changed. Seventy years ago, in 1944, our father, Chris Cater, was working in a reserved occupation in Lancashire, a traditional recruiting area for the Brigade of Guards. He enlisted in spite of being of being officially prohibited from doing so and his service record shows that he enlisted in the Grenadier Guards at Wolverhampton on May 22nd 1944. He was 23 years old. Chris was  proud to have been a Guardsman. H e was assigned to the King's Company, an elite corp.  because they were short one man and he was 6 feet tall. After training for about 10 months, Chris was sent to Europe for two months; from March 2nd to May 2nd, 1945 when he was wounded by shrapnel.  He returned in 1946 as part of the occupying force; the British Army of the Rhine. Several key events took place during the two month
4 comments
Read more 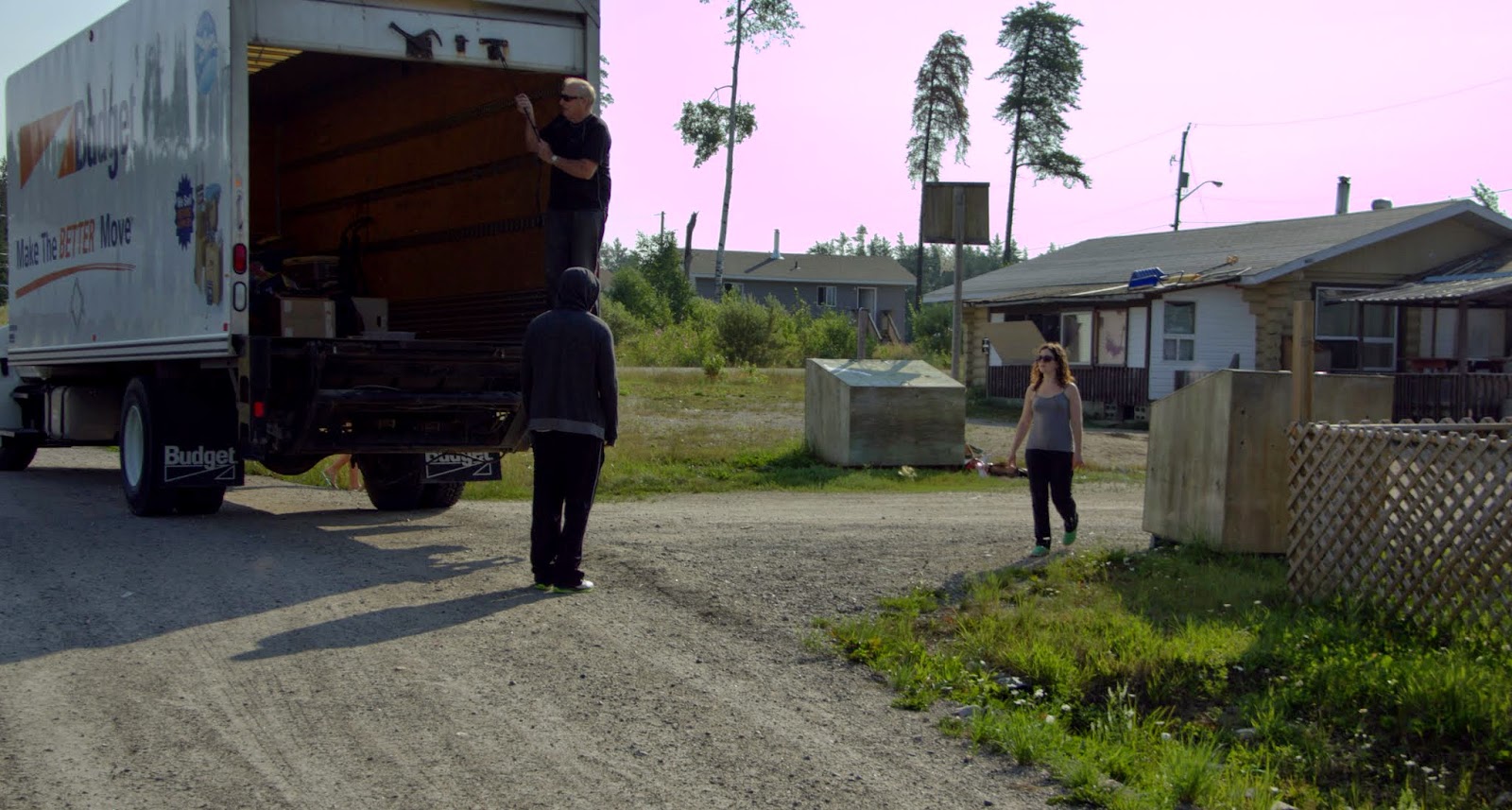 It was Saturday evening; the end of our week in Mish.  That day we emptied out the fridge and freezer and put the kitchen back in good order, giving away all of the food we were amazed that we still had left. The truck was loaded with everything but the essentials for the morning, as we planned to start out early, drive  264 km along highway 599, to highway 17, and stop in Ignace for breakfast. We were sitting around the table after supper, when Rebecca showed Joyce the burn on her leg  from the exhaust pipe on Jamie's motorbike  on  the journey to Mish  a week earlier. Joyce, a retired nurse, had been checking it all week and it had seemed to be healing well, but on Thursday and Friday, Rebecca had gone swimming with the children, and now the wound looked nasty and the flesh for several inches above it had turned a hot looking pink.  I panicked; possessed with a sense of urgency that told me Rebecca needed to be on antibiotics.  All of a sudden we seemed so far away from the
2 comments
Read more
More posts