Showing posts from August, 2014
Show all

Getting Over the Hump 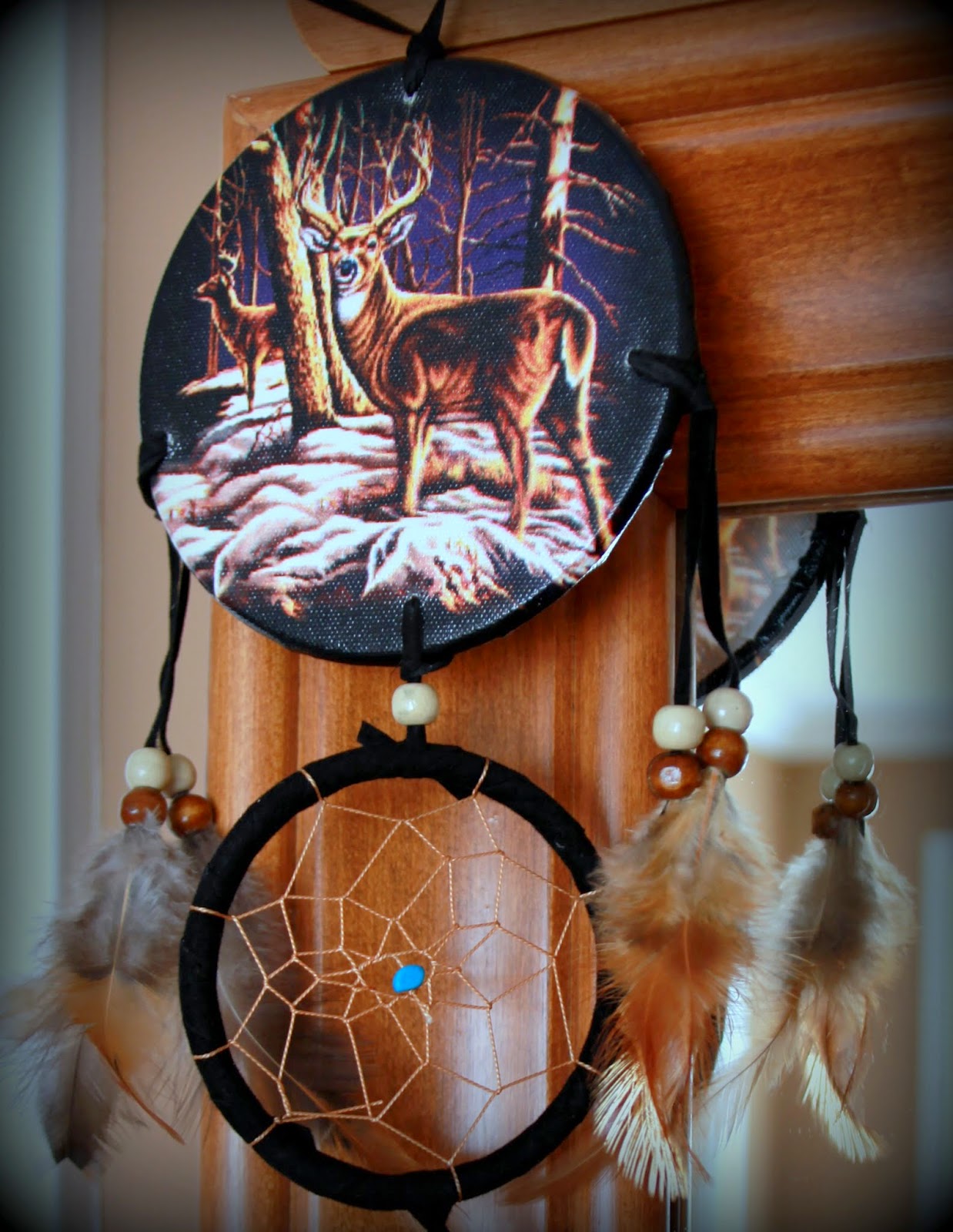 On Wednesday morning in Mish, I wrote in my journal: August the 6th, Wednesday--what we laughingly call "hump day" at work (the day you reach the "hump" or the middle of the week--and once over it, everything is running downhill towards a resting time!) By the end of that day though, I was just so tired, it  may have been "hump day" but it felt like I was stuck on the hump. I had been up with the dawn after maybe 5 hours sleep, in order to have some precious solitude. We had a full day of our regular activities, then the community bbq and the dance. It was about 10.30 when the dance ended. The dark parking lot was full of people leaving the community centre. Our weary team packed up our coolers; the food that was left; the pots; bbq and the cotton candy machine and set about getting the equipment and the 9 of us that had been at the dance, back to the school. My little Honda Fit was more than a little worn with wear. It was covered in the sand tha
Post a Comment
Read more

Finally there were no more hungry customers lining up for our eclectic feast, and Tori and Christy were almost out of cones on which to swirl cotton candy--our outside party was winding down. Dark had fallen, and in the community centre parking  lot  children of all ages played on in the night. I wandered into the brightly lit centre, and pushed the big doors open to enter the gym. Earlier that day, during the men's conference, a sign was posted on the door saying, "Quiet please, drum ceremony in process." There had been a sense of something private and sacred going on, but now there was no quiet, there was the beat and rhythm of loud fiddle music and a party was in progress. People sat on chairs that lined the walls of the gym, while others danced and followed the instructions of a "caller" for the square dancing. Round and round they went to the music; children and adults of all ages. I found Paul and sat down beside him with Joyce a
4 comments
Read more 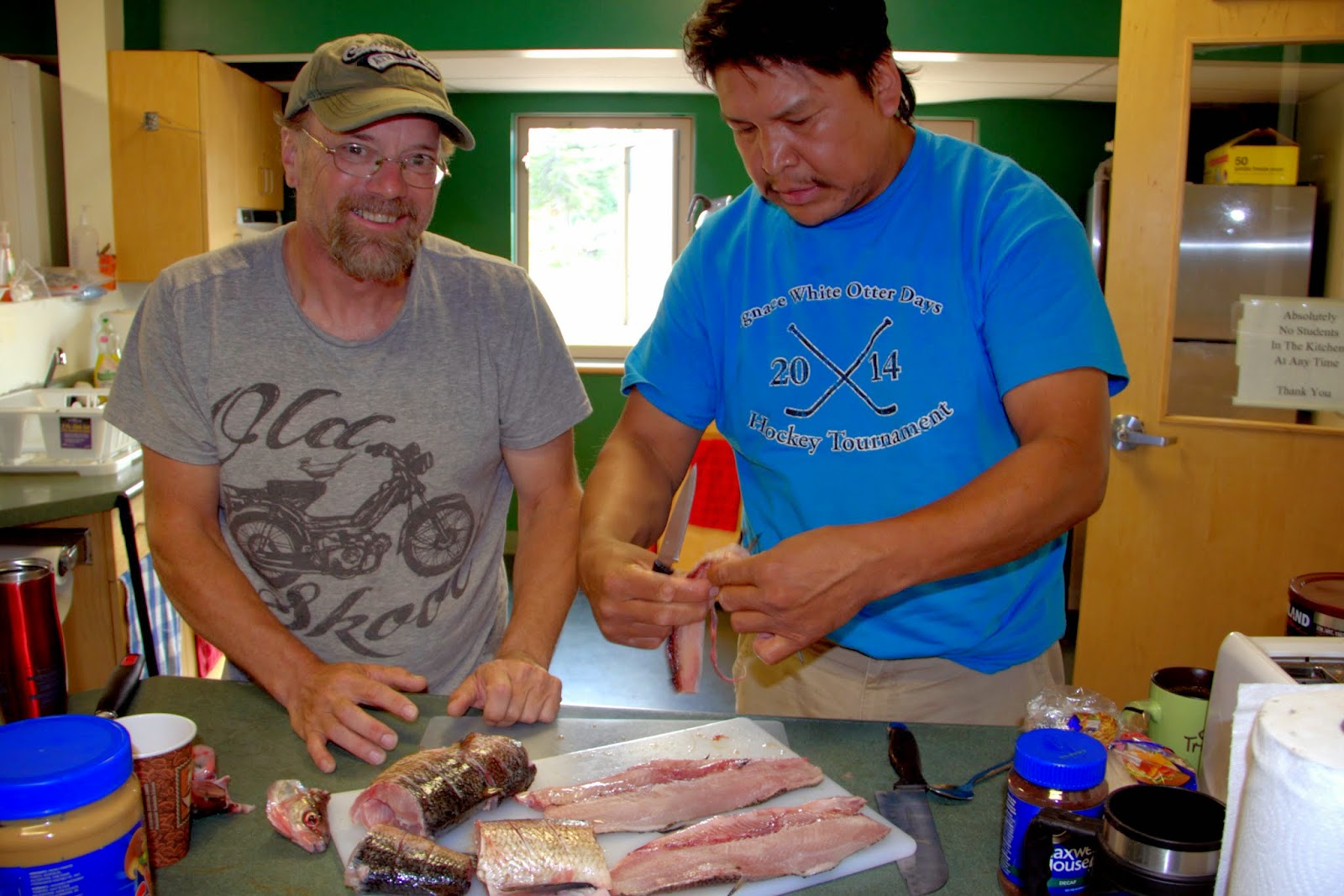 On Wednesday and Thursday in Mish, there was a two day Men's Conference at the community centre, followed by a square dance both nights. Pastor Mervin said that Wednesday evening would be a good time for us to hold the community barbecue that Paul and he had been discussing as a wonderful way to build bridges with the community. Susan had brought her portable barbecue along for the event. Some of the team had gone out  fishing with Mervin the night before, and they came home with a big bag of walleye fish from somewhere (although I suspect it was from Mervin's freezer, not the lake! :)) Jamie had also bought a bag of frozen white fish for $20 from a woman at the community centre. There were hot dogs and buns and Paul bought hamburger patties in Pickle Lake. Sharon made a huge batch of her original Italian recipe huge spaghetti sauce with meat balls. The fragrance of garlic and onions cooking filled the kitchen. Wednesday afternoon after the children's program, the kitc
2 comments
Read more 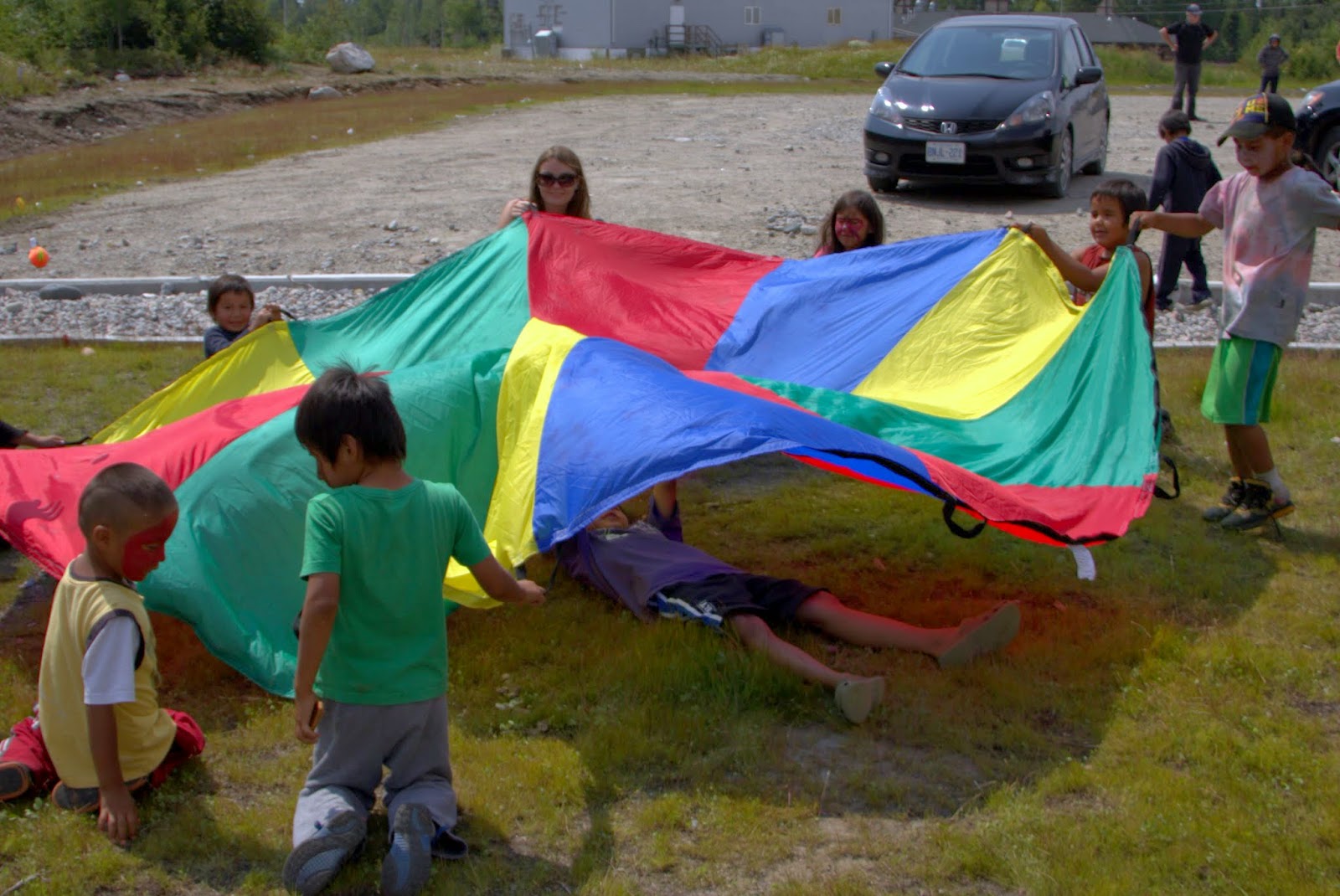 Tuesday in Mish it felt like we fell into a rhythm with everyone leaving the school soon after breakfast to set up and start activities for the children at around 11.00, with Joyce and I staying back to make lunch for the team and children and following soon after.  Arranging food for 11 of us and 30-50 children was something we had planned ahead for. Food is so expensive in the nearby town of Pickle Lake that we wanted to be as self sufficient as possible. We had made large casseroles and frozen them for our main meals and they traveled well, staying frozen in coolers on our three day journey to Mish. What didn't travel as well were the frozen hamburger patties intended for a barbecue Paul wanted to put on for the community. They all thawed out on the journey so on Monday we cooked them all and ate some of them for supper, but that still left a bunch of cooked patties to use up. Rebecca had the great idea of chopping them up and putting them with pasta for lunch! So on Tue
Post a Comment
Read more 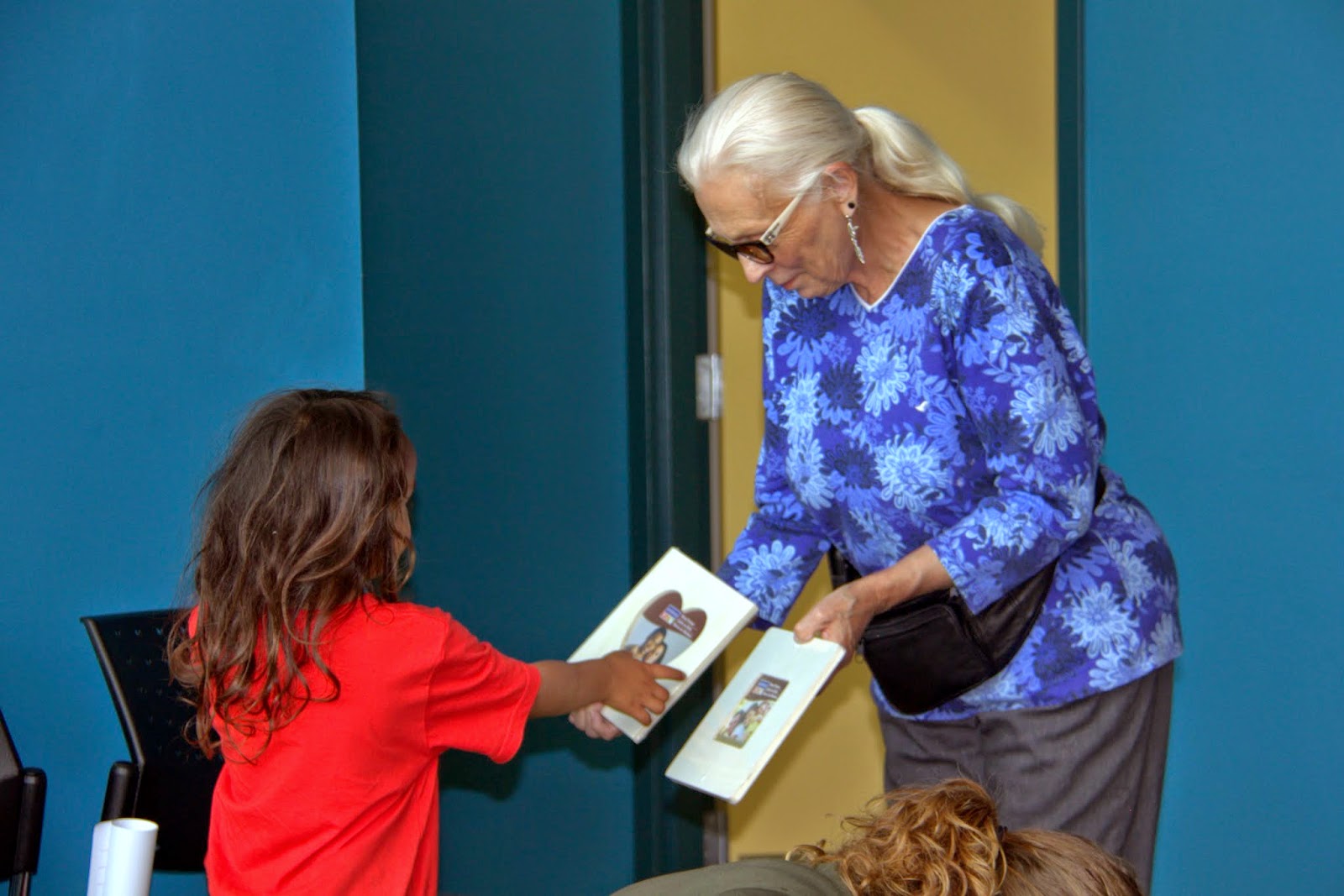 It was Testimony Sunday at our church yesterday. We've had it once a month lately. I think it was started by our pastor just as an experiment--would anyone actually have anything to share? I look forward to it and it's always a pleasant surprise to find that it's the  Sunday where no one knows who might say what!  Our pastor is a structured type of personality, so this is a bit of a stretch for him, I think, and he really earns points with me for going there--opening the gates to the unknown.  There is always that slightly scary moment, when he stands at the front of the church with the mic in his hand and a hush hangs in the air; but then the first brave soul steps up and then another, and then a queue begins to form; and it's the opposite of the nightly newscasts--the stories of countries at war, rockets and hostage takings. To hear stories of lives turned in different and good directions; funny and grace filled stories, results in a realignment of the soul's
2 comments
Read more

Tuesday in a Far Country 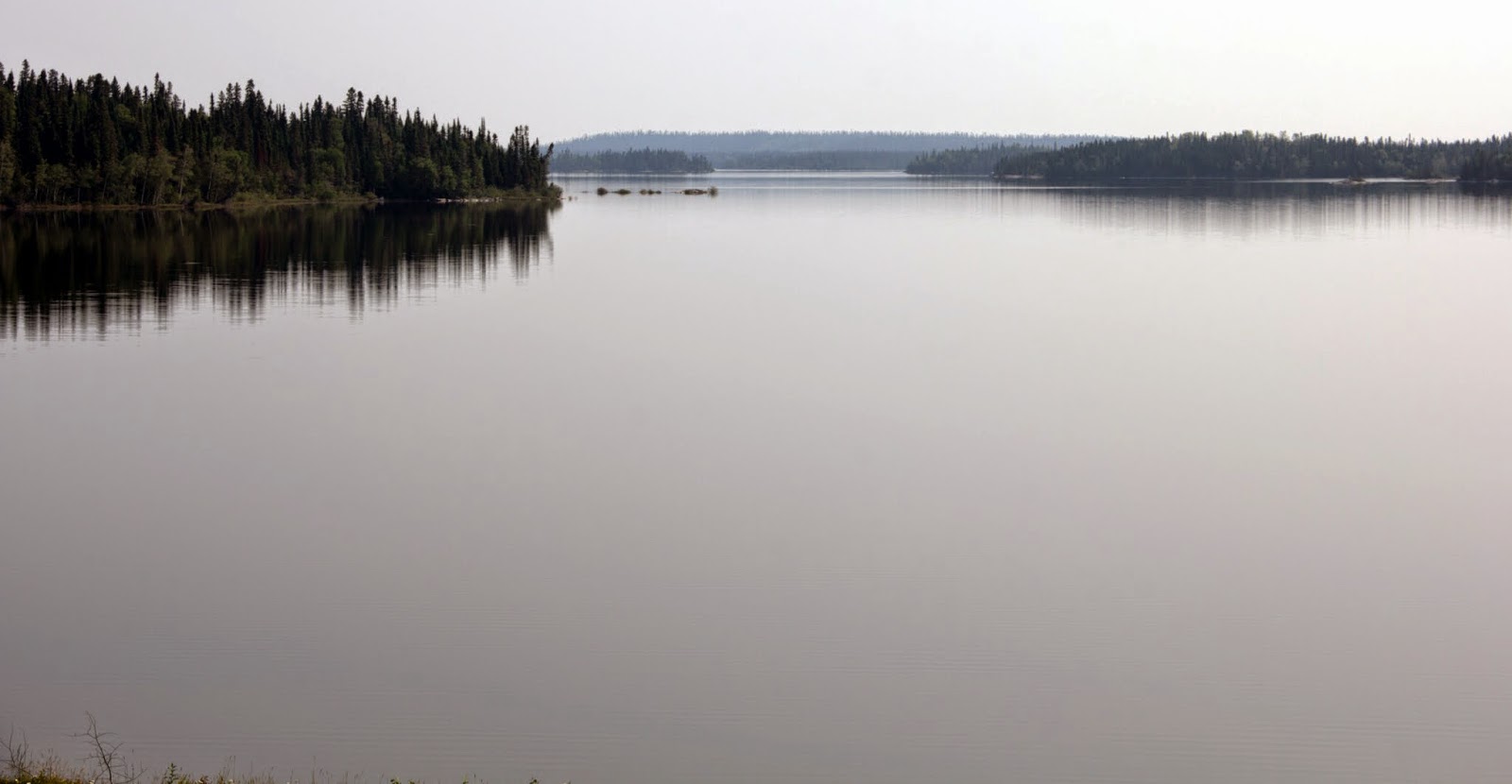 I woke early on Tuesday; poured out my heart in my journal, and shared some of it in the post titled:  A Very Quick Note from Mish . I felt as though I had already failed on many levels, partly because I, and everyone else, was exhausted. But Monday was over and it was a new day. Thank goodness for new days, and for the prayer warriors that I knew were supporting us back home. It meant so much that people were praying, including our home churches, and the prayer team at  The Word Guild . We didn't go to Mish to directly share our faith; we went to serve the community in any way we could. Our First Nations have a  history with the Church that is painful, so we wanted to simply be there to help, to build relationships, and to represent our faith in action rather than words. Paul has been making trips to that community for ten years. He has driven a truck there in winter with others, more than once; when the roads were being closed down around them, because there was winter cl
Post a Comment
Read more 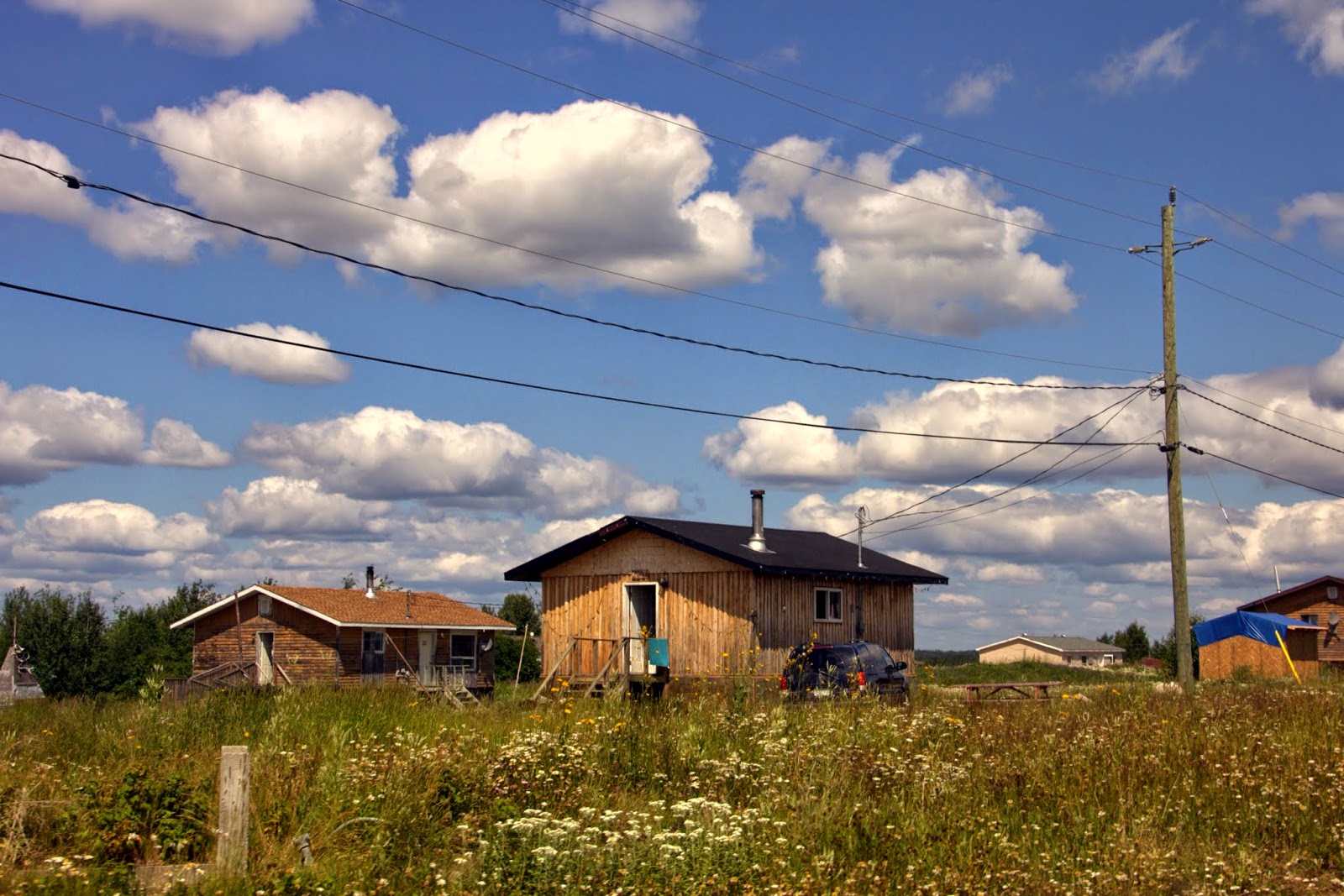 After talking with Pastor Mervin Masakeyash on our first evening in Mish, we decided to take our first full day, Monday, as a day to get to know the people in the community and let them know we'd be running a children's program all week. It was the Civic Holiday, and people would be at the community centre for activities. So most of us headed down the 4.2 km sandy road to the community centre, taking some activities for children, just in case they came. Sandy Road really is well named. It winds down, around several curves,  to the community. At the top stands the dramatic and distinctive profile of the school and water treatment facility, and then the teachers' residences and the nurses residences. The road is dotted along the way with houses spread out on either side, with a lake on the right hand side. Outside the houses, there were usually several children playing. Some would watch us curiously or wave as we passed. Driving the road can only be done slowly, and cau
Post a Comment
Read more

The Perfect Place to Stay! 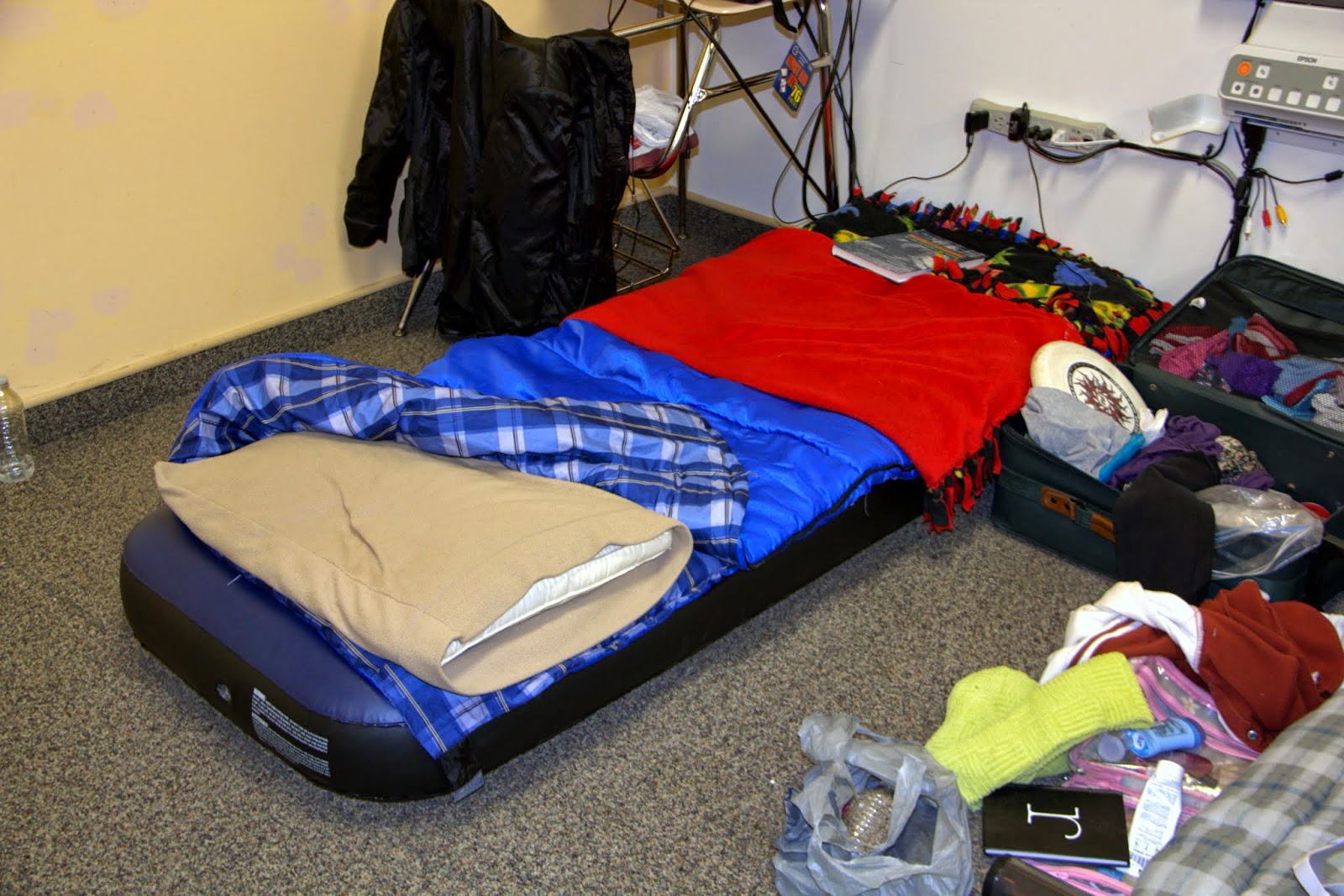 We arrived in Mishkeegogamang so glad the doors of  Missabay Community School  were opened to us as a place to stay.  We slept together on a classroom floor for a week, and it turned out to be the best accommodation we could have chosen. The school is beautiful. Built on the shores of a beautiful lake over which the sun rose gold every morning. We did not have showers, but the Queens University students in the teachers' residence just down the road, gave us an hour a day in which those of us desperate to have a shower could share theirs, otherwise the girls and boys washrooms or the lake, or the showers at the community centre worked well. The school is named after Chief Missabay, in the photo below from the Archives of Ontario. He was a respected leader in the community in the early part of the last century, and it was an honour to stay in a place named for him. Blind Chief Missabay, making a speech at Osnaburg ca 1905 Archives of Ontario C 275-1-0-2-S7600 "M
3 comments
Read more
More posts