Showing posts from September, 2014
Show all

For Serenity and Neesh 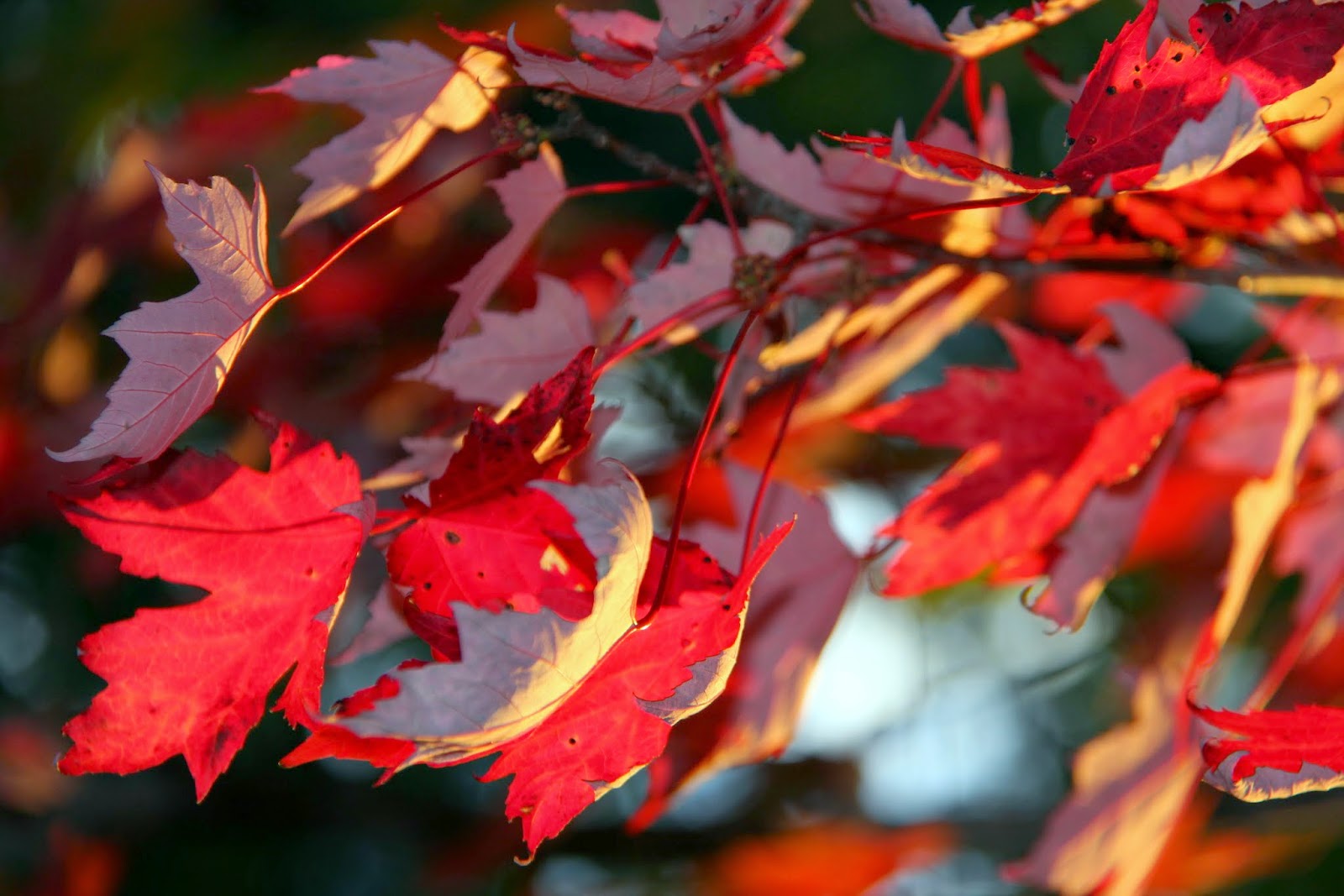 Like crimson flames the leaves are turning the page on summer, but the memories continue to glow; embers that won't die. On our last day with the children of Mish we drove them the 8 kilometers from the village and through the cemetery to the beach one last time; an end of the week celebration tinged with sadness at what that meant.  The children ran from our cars, not to the beach at first, but to visit the small white wooden crosses marking graves, looking for those of people they knew, pointing them out to one another. Death seems an all too frequent a visitor to the families of Mish.  "My auntie's here; she burned," said one little girl. Her tone was as matter of fact as if burning is as normal a cause of death as old age. But then, on the reserve, tragically, it is. Buildings burn often and the people in them die. Down on the beach the first children to have arrived were already shrieking with joy. Their laughter carried up to the hilltop where I s
5 comments
Read more

In the continuing story of our week long adventure in Mish, this story of the evening after our outing to the beach on Thursday, is from Susan Stewart.  When Paul mentioned that he was disappointed that Belinda wasn’t going to be at the community center that night to take photos, I completely understood her position.  The night before, I felt just like I suspected she felt now - like I had “hit the wall”.  Everyone else had headed over to the community barbecue and the dance that followed it, but though my spirit was willing, my body told me in no uncertain terms, “there’s absolutely no way you’re going anywhere tonight where there are people”.  My muscles were aching and my brain was fried – to a crisp. I felt like I couldn’t answer one more question, make one more decision, or interact with one more person.  So I stayed back while everyone else went to the dance, knowing I was probably missing something very significant, and quite possibly even “wonderful” but I also knew tha
2 comments
Read more

The Dogs of Mish 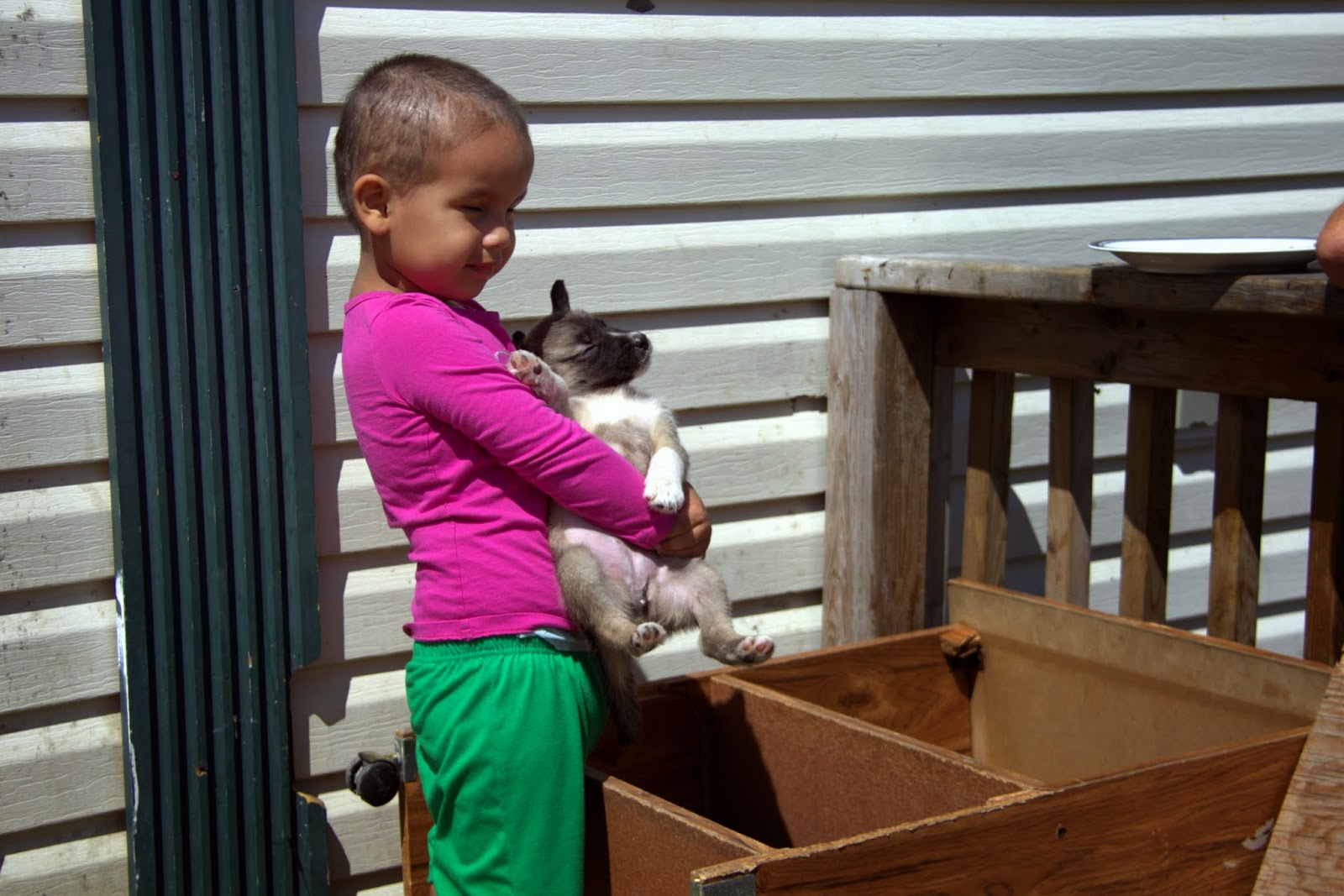 The dogs of Mish live on the fringes of the community, or if lucky, on a porch or under a deck. They know their place, and it is generally not inside a house. Sometimes we passed a puppy walking along the road at his master's heel without a leash, obviously a loved pet, but the pampered life of many pets in the south, is very different to that of the dogs of the north. They exist like a separate tribe among the humans and are ever present. At lunch time, when Joyce and I arrived with sandwiches, spaghetti, or macaroni cheese, they circled hopefully, willing the food out of the children's hands, and if dangling at all, it would be gone. It was impossible to harden our hearts though, towards these poor beasts, so many of them sadly neglected. There was Princess, who had evidently recently had puppies, and King who was a male version of Princess, both of them the colour of pale sand with pointy ears and curly tails. There was a big black dog, with intelligent eyes and a
Post a Comment
Read more

The Beach, Two Boys, and a Boat 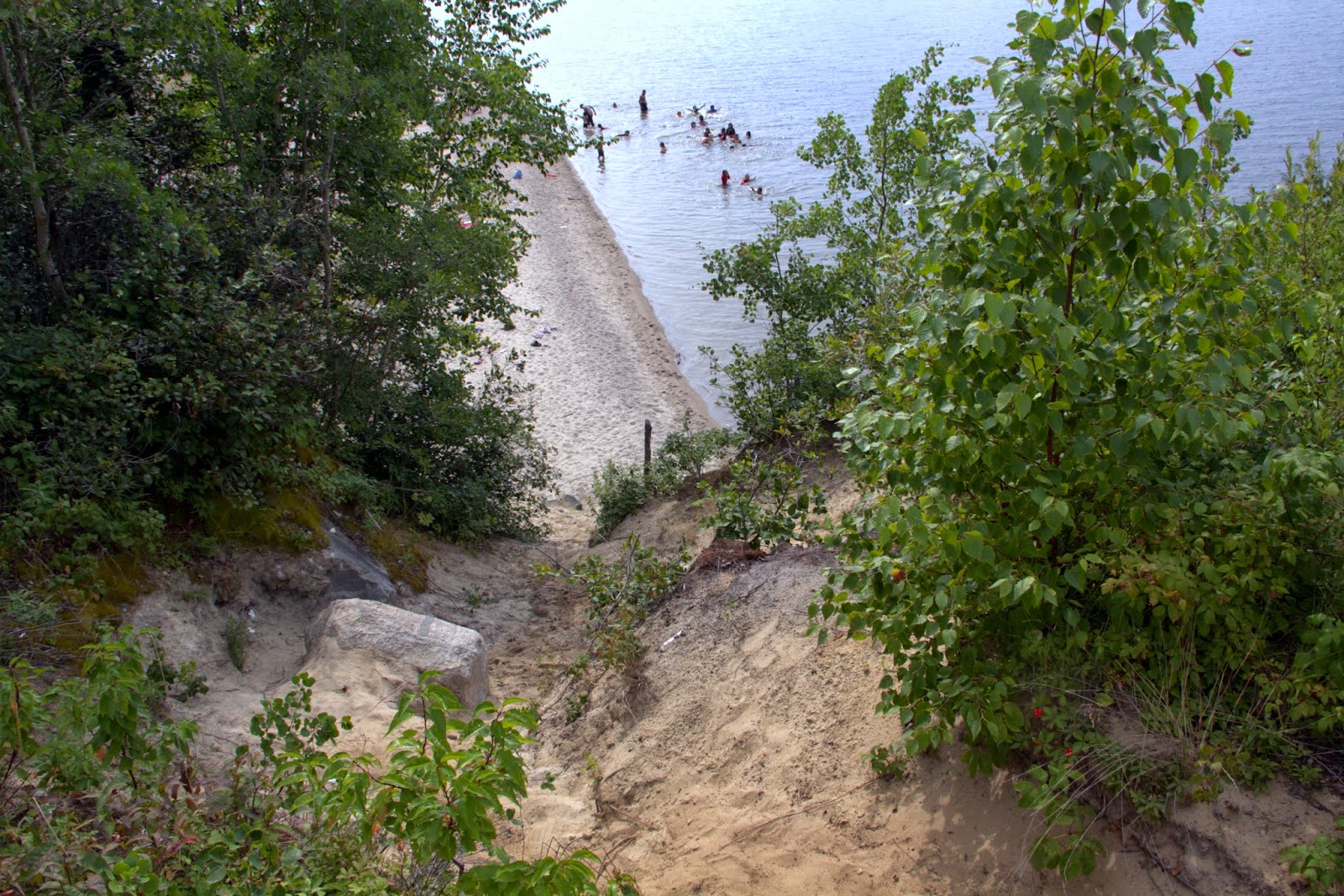 It felt like recess. A day off from work. The first day of summer vacation !  It was Thursday in Mish, and we were cruising! Actually we were going to the beach. The BEACH!!! With dozens of children! We had been blessed with extraordinarily wonderful weather all week. Twenty nine degrees Celsius was the average temperature, with blue and sunny skies.  Our team had kept the children busy with many fun activities all week, but the beach felt like a special treat as the week was winding towards the end. Most of the children just came in the clothes they had put on in the morning. A few had brought bathing trunks and towels.  One little boy's mom was there to see him off and she told me he couldn't swim. His name was Charlie, and I promised her that I would not let him out of my sight.  The beach was 8 kilometers out of Mish, and accessed by way of a winding road that branched off from the main road and ran through the community cemetery.  Several carloads of kids
Post a Comment
Read more

From Woman to Woman Across Time and Space 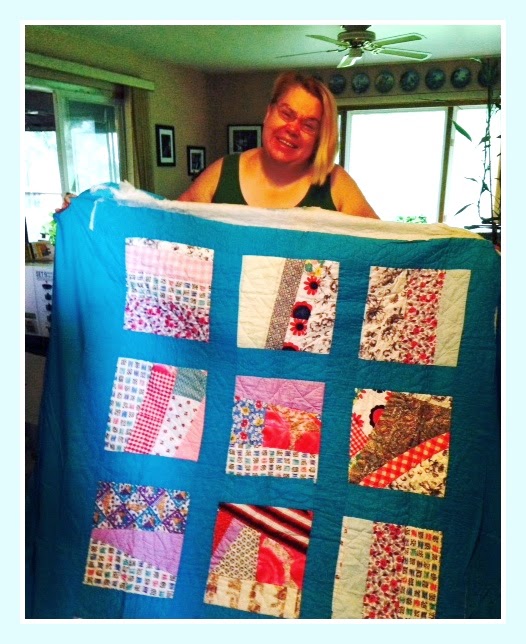 What is the connection between the Centennial Queen of Dufferin County; born on July 5, 1867; with an 84 year old Ojibway woman in Mish? Sophia (Logan) Rayburn; who died at the age of 108; had a passion for quilting from childhood. And today some of her unfinished work and quilting pieces were passed on, through her great granddaughter, to me, and I and my friends will get them to Eva; the woman in Mish; who makes blankets from fabric scraps to sell. What an exciting week I had when I followed through on a promise to Eva's daughter Mary, whom I had met in Mish. The promise was that when I got home I would gather some fabric and send a parcel to her. I just knew that among my friends, somebody would have some odds and ends of material  that they were never going to use .  So I put a call out to my Face book friends, telling them about Eva and asking for help.  My friend Irene was first to respond with, "My sister Ann will donate a bunch...it's best she doesn't k
4 comments
Read more
More posts